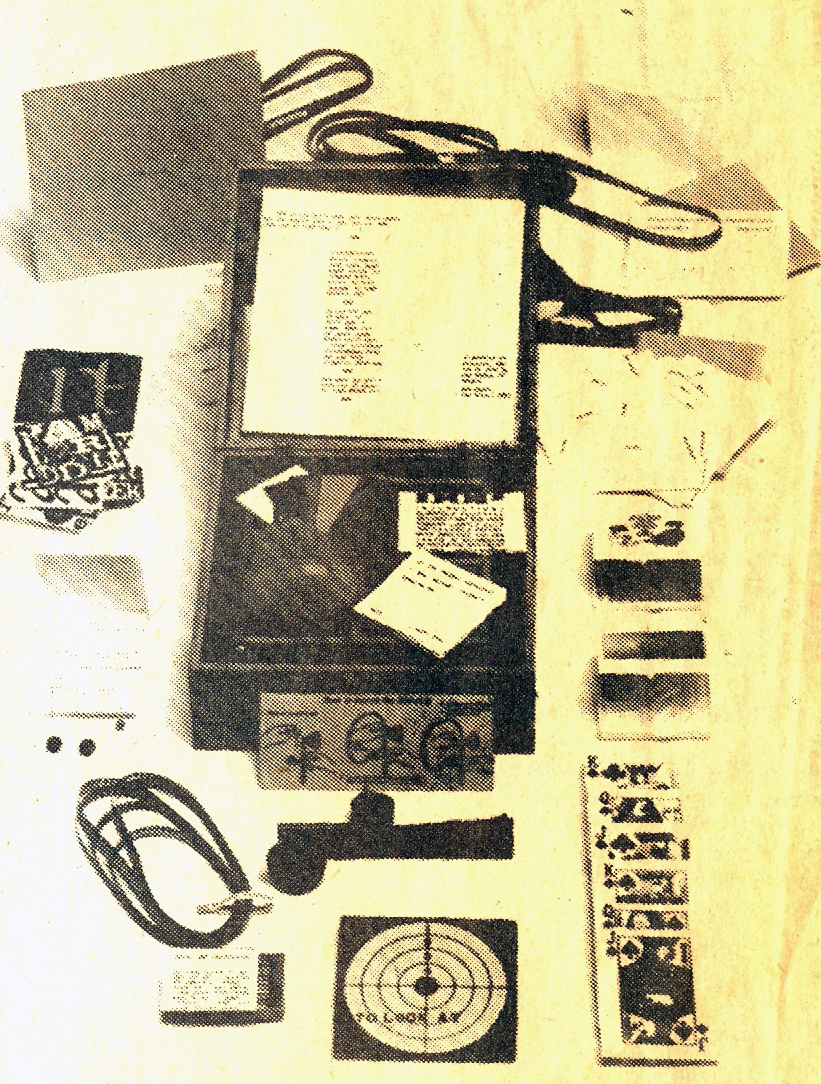 NOT all art movements are destined for museum captivity, least of all Fluxus, the anarchic, irreverent association of poets, composers, film makers and artists that coalesced in New York City and Germany in the early 1960’s and is now, 30 years later, having its day at the Whitney Museum of American Art.

Whatever Fluxus artists did – and they did many, many different things – they were bent on subverting the very notions that are central to a museum’s identity: permanence, posterity, quality, authorship. They were fairly successful; while a few went on to different kinds of prominence – Joseph Beuys, Daniel Spoerri, Yoko Ono and the video artist Nam June Paik – the names of most Fluxus artists are not familiar even to art-world insiders, and the movement itself is rarely mentioned in histories of postwar art.

According to Fluxus free-form philosophy, inspired by Dada’s wicked anti-art wit and the far more benign teachings of the composer John Cage, any sound could be considered music, any arrangement of words poetry. A musical composition might consist of dripping water, as George Brecht’s “Drip Music” did, or of smashing a piano to bits. Any event or its aftermath, like a haircut or the remnants of dinner, could be designated art. George Maciunas, the Lithuanian-born artist who gave the movement its name and organized and promoted many of its efforts, described it as a “fusion of Spike Jones, vaudeville, gag, children’s games and Duchamp.”

Walking through the Whitney, where “In the Sprit of Fluxus” has taken over the third floor, Maciunas’s words have the ring of truth and the phrase “Fluxus museum retrospective” the sound of an oxymoron. But if this show is something of a contradiction in terms, it is often a pleasurable one, and always an informative one. It is also extremely well done.

What Fluxus lacks in visual firepower, it makes up for in verbal cleverness, graphic flair, collaborative spirit and open – mindedness – as well as the pervasiveness of its influence. This show might be likened to a field of acorns from which a number of more visible oaks have grown. Without Fluxus there would probably be no Conceptual art, performance art or body art; Minimal and Pop would be substantially different.

As organized by the Walker art Center in Minneapolis, a major Fluxus repository, and installed by the Whitney curator Lisa Phillips, the show orchestrates 400 often slight artworks and pieces of documentary material into a rich evocation of this ephemeral art movement, conveying a strong sense of both the fun its participants had and the legacy of their activities.

As a whole, it resembles an enormous archive that has been lovingly and rather elegantly set out for viewing, and reading. Its heart consists of more than a dozen large vitrines filled with Fluxus publications and artworks, and often beautiful variations on familiar objects of play (Takako Saito’s chess sets, for example).

Many works are small compartmentalized plastic boxes called Fluxkits, some created by individual artist, others collaboratively. Filled with carefully chosen but nearly worthless objects and materials, from Styrofoam chips to marbles, these were produced in multiples so that many people could own them, and they were often available by mail order. (They attest to the importance of Canal Street – at the time a mecca of plastic knickknacks and myriad cheap tiny things – to Fluxus production, and also to the influence of Joseph Cornell as much as Duchamp.)

Most imposing are the Flux Year Boxes, large compartmentalized valises containing works by different artists, including small objects, flipbooks, instructions for performances or concerts and bits of film. There are also minor Dada- Surrealist jokes aplenty – Maciunas’s “Portable Hole” is a wooden suitcase with a circle cut through its center – as well as graphic gags that might have been found in a hip 60’s card store or head shop. Geoffrey Hendricks’s “Picnic Garbage Placemat”is a photograph of trash on placemat-sized paper; Maciunas’s “Same Card Flux Deck” consists of 52 queens of clubs in the requisite plastic box.

In addition, photographs of Fluxus performances, concerts and street events dot the walls, grouped according to different Fluxus festivals in London, New York and Dusseldorf, Germany, and showing how the movement had its beginnings less in the world of art than in experimental music.

There is a video of a 1962 concert in Wiesbaden, Germany, that culminates in Philip Corner’s “Piano Activities,” in which the instrument was dismembered; included are scenes of Nam June Paik dipping his head and necktie in ink and drawing a line on a long scroll-like piece of paper. (This work was the execution of a 1960 musicless score by the composer La Monte Young, which read simply: “Draw a straight line and follow it.” Both necktie and paper scroll are on view nearby.)

There are listening stations, where one can hear recordings of Fluxus music, as well as Fluxus posters and newspapers. The latter are often quaint, even Victorian, in appearance, because of a taste (probably Maciunas’s) for crowding together different kinds of old-fashioned typefaces; they point toward 60’s counterculture graphics in general and, in particular, toward the design of the Beatles’ “Sgt.Pepper” album cover.

Elsewhere, the exhibition has a carnival aspect. To the left of the elevator is Yoshimasa Wada’s “What’s the Matter With your Ear?,” an orchestra of household appliances and other machines that the viewer can activate, with cacophonous results, by pressing different buttons.

To the right is a re-creation of the London store window that the Fluxus artist Ben Vautier lived in for 15 days during the “Festival of Misfits” in 1962, having designed himself a “living sculpture.” It contains bed, chair, dresser, wash basin and chamber pot, a number of crusty assemblages hanging from the ceiling and insouciant statements written on nearly every available surface, including the window. One of them asks, “Does anybody have an idea of what art is all about?”

A brightly patterned wall from the “Rainbow Tactile Room” environment by the artist Ay-O offers touchyfeelly fun: insert your finger in one of its several dozen holes and you’ll encounter things like pebbles, foam or horsehair, or ring a doorbell, hear a Beatles tune or, like Billy Crystal on Academy Awards night, lock a car when there is no car in sight.

The show concludes with a gallery of larger Fluxus objects. Beuys’s famous “Felt Suit,” life-sized and produced in an edition of 100, is here, as is the “TV Cello” that Mr. Paik made for the musician Charlotte Moorman, its three screens showing images of Ms. Moorman playing on it.

Less well known are Robers Watts’s “Chest of Moles (Portrait of Pamela),” a beautiful little work that displays translucent close-ups of someone’s moles in a grass medicine cabinet, and Mr. Hendricks’s “Unfinished Business,” in which a chair and cabinet festooned with tufts of hair document the removal of the artist’s hair and beard by various friends. Also impressive are the made-by-instructions sculptures of George Brecht, which isolate everyday objects on stark white tables, chairs and stools. Actually executed by Larry Miller, another Fluxus artist, these works have a crisp, unerring elegance that a present-day Madison Avenue stylist would envy. 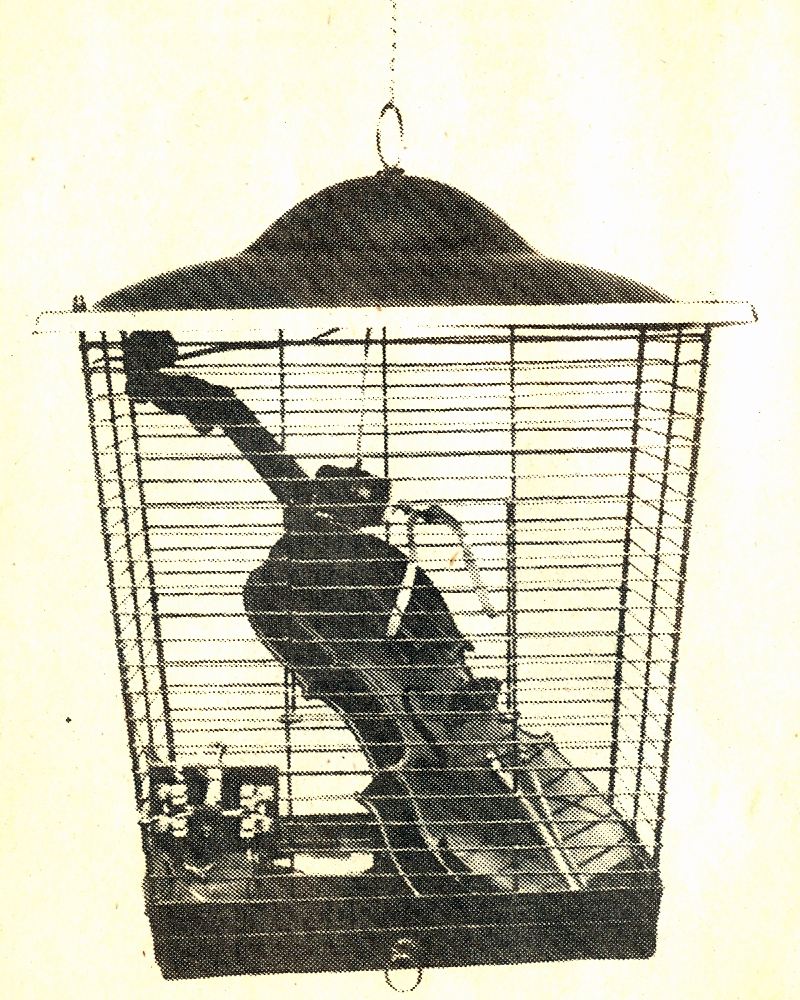 There are other signs of prescience: It is hard to look at Vautier’s store window without thinking of Gilbert and George, the English artists who started calling themselves “living sculpture” in the late 1960’s, or to study Mr. Watts’s chrome-plated chicken eggs, chocolates and lobster claws without getting a different perspective on Jeff Koons’s stainless steel castings of kitsch objects. And the many instructions to do this or that and create your own artwork have their most immediate descendant in the more cerebral Conceptual projects of Lawrence Weiner.

Fluxus is part of a long tradition of subversiveness that has its roots in Dada, but it is also very much alive today, when younger artists of all inclinations are again pushing at the borders between art and reality, claiming accumulations of everyday objects and materials, as well as everyday events, to be art.

Standing among the charming but often dated works that jostle for attention at the Whitney, it sometimes seems that the ideas Fluxus helped to release into the air have outlived the actual Fluxus achievement. But it is also impossible to resist the sprit of these ephemeral objects, exuberant posters and echoes of events: a combination of humor, intelligence, skepticism and celebration makes Fluxus more accessible and egalitarian than any art movement before or since.