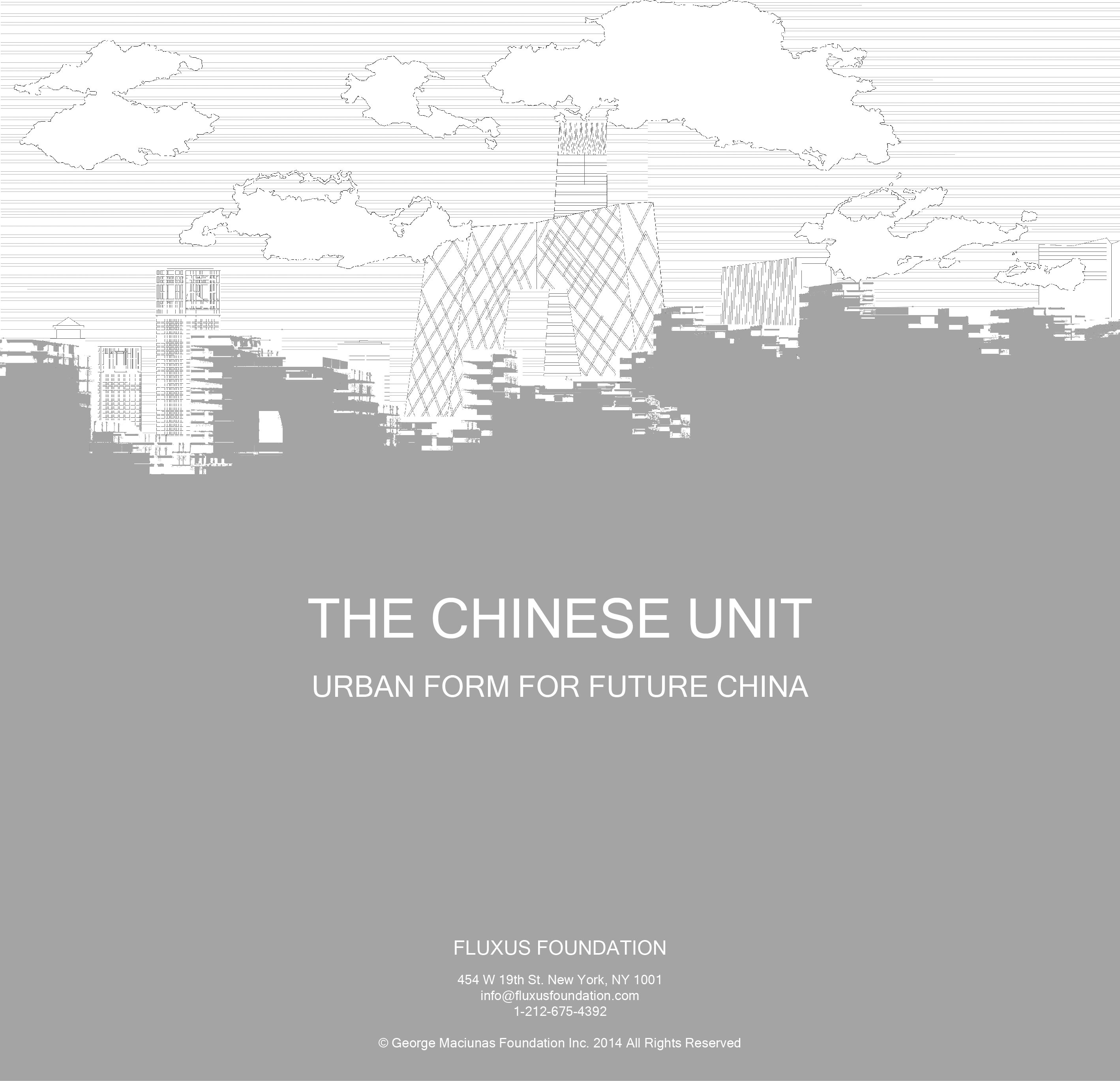 Fluxus Foundation will present the THE CHINESE UNIT – Urban Form for Future China as part of Fluxus As Architecture exhibition series.

This exhibition is the happy convergence of Fluxus Foundation’s interdisciplinary commitment, George Maciunas’ intellectual legacy of Fluxus Prefabricated Building System as a universal structure of standardization, modularization and mass-production, and more importantly, the contemporary issues and visions of China’s urbanization.

Knowing that challenges and complexities in the economic, political and cultural modernity of China lie well beyond any singular design or research alone, The Chinese Unit Exhibition intends to gather collective efforts on this topic, serving as an open source of well-qualified information, arguments and methodologies in response to China’s urbanization. We are inviting relevant and remarkable academic works to display, including works from China Magacities Lab in Columbia University, Common Frameworks program in Harvard University, The Projective Cities program in Architectural Association School of Architecture, research reports from McKinsey&Company and Arthur D. Little, Inc. and so on. The platform will thrive not only by brainstorming solution but also by raising the quality of debate.

Notes:
Fluxus is a global collective of artists, musicians, designers bound by their intermedia sensibility and experimental enlightenment. George Maciunas (1931-1978) is best known as the founder and central coordinator of Fluxus from 1962 until his untimely death in 1978. He was educated in architecture and art history at Cooper Union, Carnegie Institute of Technology, and New York University. As an architect, George Maciunas was credited with the invention of a structural framework and received two patents. Fluxus Prefab Building System was completed and copyrighted in 1965. As an urban planner, the New York Times coined Maciunas’ title as the “Father of SoHo” for his Fluxhouse Cooperatives project. In realizing a vision of architecture based on collective ownership, the Fluxhouse Cooperatives may arguably be Maciunas’ most influential and widely practiced Fluxus project.
George Maciunas/Fluxus Foundation is committed to fostering Fluxus scholarship, cultivating Maciunas’ ideas into practical contemporary applications and protecting the Maciunas name in a manner respectful of his original mission.