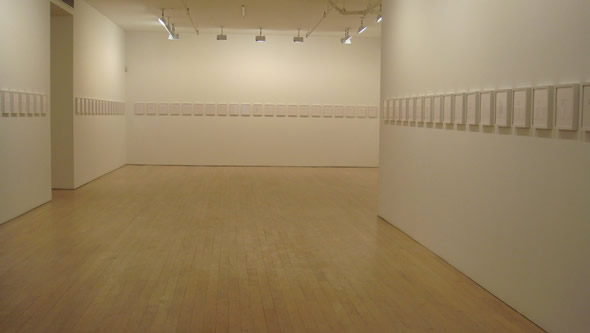 A recent exhibition at the Stendhal Gallery in Chelsea gave pause for thought. And another chance to play catch-up with Fluxus, during what might be a Neo-Fluxus period. Solidified just before Conceptual Art per se, Fluxus was truly international. To the accusation that Fluxus is just Dada in sheep’s clothing, Fluxians would reply that unlike Dada, their religion accentuates the positive rather than negative. Fluxus is often humorous, but humor in art is no laughing matter. Fluxus humor is not what the Surrealists called “black humor.” It doesn’t go for the jugular. Nevertheless, unlike a great deal of current art, the Fluxus institutional critique is structural rather than rhetorical and not just a barely disguised plea for membership in the club.

“Ken Friedman: 99 Events” presented that number of the artist’s scores, plus 38 handwritten “drawings” (some with collage elements) documenting Events from 1982 to 1990, but executed in this format last year. In total, the 137 pieces (1956-2009) cover a wide range of Fluxus genres:

1. Instructions for activities in front of an audience.

1966
First performed at the Avenue C FluxusRoom in New York in October, 1966.

2. Instructions for activities without an audience.

Place things on the floor.

Herewith, because it is so revealing about his approach to art, I append a slightly edited note about the piece, published in the online catalog.

In 1970, I had a conversation with the director of the art gallery at University of California at Santa Barbara about the possibility of an exhibition at the university. He invited me to visit him, asking me to bring examples of my work and some of the pieces I might like to exhibit…

I made an appointment to see him. The day that I left, I grabbed a selection of objects and projects from my stucio, threw them into a box, and took them with me. When I got to Santa Barbara, we spoke together for a while. Then he asked me to bring in my work…

I brought the box into his office, opened it, and unpacked the objects, placing them on the floor, along the length of a wall. He looked at the objects for a while. Perhaps it was a long while. I am not sure, but it seemed that way to me.

Finally, he looked at me and said, “But these are just ordinary objects.”

At first, I thought he understood my work quite well.
Later, I realized that he saw these objects in a very different way than I did.

4. Instructions for making a nuisance of yourself.

Go into a fast food restaurant.

Order one example
of every item on the menu.

Line everything up
in a row on the table.

Eat the items one at a time,
starting at one end of the row
and moving systematically
from each to the next.

Finish each item before
moving on to the next.

Eat rapidly and methodically
until all the food is finished.

Eat as fast as possible
without eating too fast.

Eat neatly.
Do not make a mess.

But that’s not all. There are examples of Mail Art, Radio Art, Street Works, Earth Art, and much more.

Furthermore, the future is here:

The 99 “scores” can be perused in the free-to-download online catalog, here and there replete with very, very interesting, longish notes by Friedman. This, by the way, is the wave of the future. All gallery and museum catalogs will be available for free online. Think of all the trees that will be spared and all of the storage space now used for unsold tomes that will be released. Think of all the shelf-space that will be liberated. Think of those who will be able to see and read about a show who wouldn’t have been able to do that before. 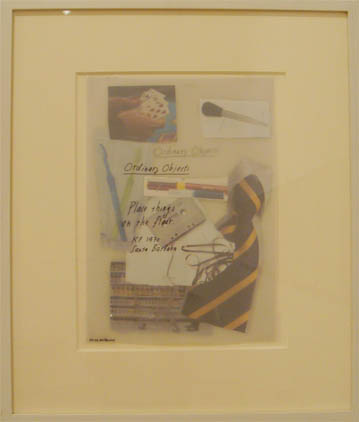 Friedman (b. 1945), operating under Dick Higgins’ advice that one should earn one’s living outside of artmaking, after a long teaching stint at the Norwegian School of Management in Oslo is now the Dean of the Design Faculty of Swinburne University of Technology, Melbourne, Australia.

“99 Events” fully reveals Friedman as an important Fluxist. He has been consciously making Fluxist art since 1965, so he can have no Fluxus founder-claims. It is still between George Brecht, who inaugurated the terms for and practices of Events and Event Scores around 1961, and George Maciunas, who invented the Fluxus rubric in1962, which for all practical purposes subsumed Events.

Question: Which takes precedence, the form or the term?

But Friedman does have some bragging rights.

When Maciunas initiated him, our upstart had achieved the ripe old age of 16, making him the youngest Fluxian ever; not first, but youngest, and making Fluxus the first art movement to engender a second generation in the record time of three years.

However, in the online catalog, Friedman claims he was making Fluxian events before he knew the term and before Dick Higgins (first-generation Fluxist and publisher of the Fluxarian Something Else Press) convinced him he was an artist, sending him over to George Maciunas with one of his pieces in hand. Here are the Fluxus prodigy’s instructions for said Pre-Fluxus work:

On the outside,
print the word “Open”.

On the inside,
print the words “Shut quick”.

A further description of the anointment:

Maciunas peppered me with questions. What did I do? What did I think? What was I planning? At that time, I was planning to become a Unitarian minister. I did all sorts of things, things without names, things that jumped over the boundaries between ideas and actions, between the manufacture of objects and books, between philosophy and literature. Maciunas listened for a while and invited me to join Fluxus. I said yes.

A short while later, George asked me what kind of artist I was. Until that moment, I had never thought of myself as an artist. George thought about this for a minute, and said, “You’re a concept artist.”

It always pleased me that I became part of Fluxus before I became an artist.

Go to a public monument on the first day of spring.

No announcement is necessary.

This is amazingly pre-Fluxian. The assumption is that an activity, even if it is not conceived of as or presented as an artwork, can still be classified as belonging to an art category that has not yet been invented.

Both the Dadaist and Surrealists claimed certain artists and writers as their own … retroactively. Alfred Jarry (1873-1907) was a favorite. But as far as I know, Jarry did not deem himself a Dadaist or Surrealist before the fact. 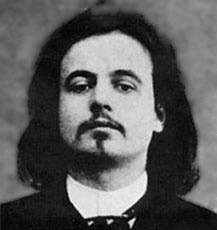 Fluxality: The End of the Game

Paradoxically, the only way we know the little we know about Fluxus is because of the object-based, ego-based, profit-based art system it taunted. Still, Fluxian questions are relevant.

How many variations on a Fluxus score can you make? Are there gaps? Are there any possibilities left for “invention”? And for connoisseurs and marketeers here is the all-important question: stripped of signature and tell-tale context, can you tell whose work you are reading? Can you tell one Fluxus score from another?

If you can’t, maybe that’s the point.

Fluxus at its purest, like Dada, is a way of life. In other words — please don’t be shocked — it’s a spiritual practice.

I will let Ken Friedman have the last word: