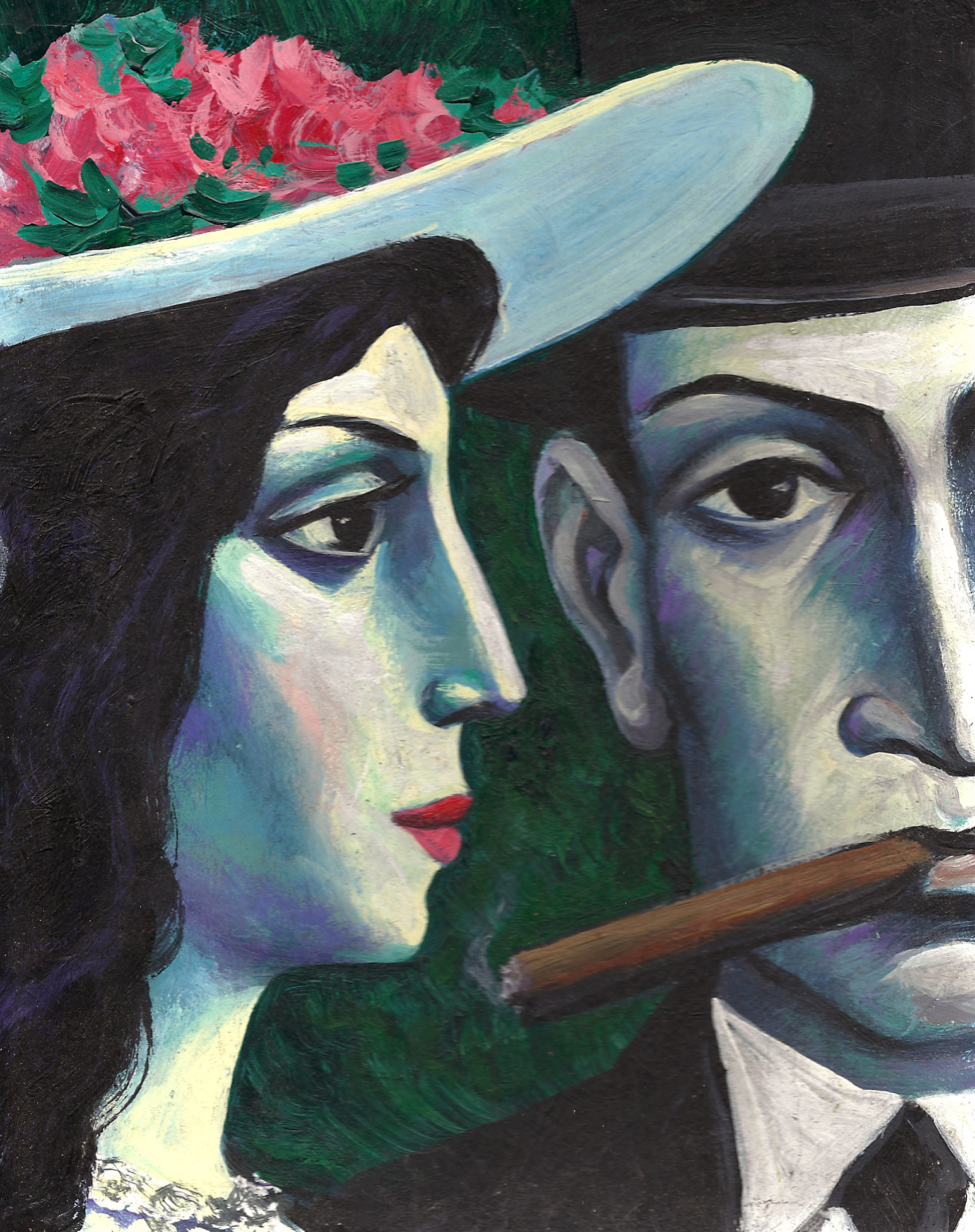 George Maciunas/Fluxus Foundation is pleased to sponsor an exhibition of Victor Tsyganko’s recent paintings and works on paper in its newly renovated exhibition Gallery space at 454 West 19th St.

Born in the former Soviet Union, Viktor Tsyganko was educated in classical and modern techniques at the prestigious Muhinoi Art College in St. Petersburg, Russia. Tsyganko mysteriously appeared in SoHo in 1990 and has led a nomadic lifestyle on the streets and in various institutions in New York City. For the past few years, Tsyganko has been supported by an anonymous patron and is now given residency and antipsychotic medication by Art Pathways, an organization which uses creative recovery treatments to assist artists and writers who face homelessness.

Working in the Eastern European Avant-Garde tradition, Tsyganko’s artistic corpus encompasses an eclectic array of suprematist, cubist, art deco, constructivist, and expressionist elements. This series of paintings are masterfully painted character studies revealing the way the world looks at Tsyganko through a monochromatic lense. Tsyganko’s technical prowess has attracted the attention of critics and dealers of the New York art world who have remarked that his work is not “outsider art” nor “the work of a madman”.
Reflecting an avant garde sensibility, Victor Tsyganko’s homelessness and mental illness are undoubtedly intertwined withhis artworks and the reason why he must paint. Literally and figuratively, Tsyganko’s circumstances raise broader issues on the place of the artist in contemporary culture. Most significantly, his lifestyle reflects the problem of homelessness, which was estimated by United Nations Commission on Human Rights in 2005 to be at one hundred million worldwide and two million in the United States alone.

The exhibition will be presented in conjunction with “An Assessment Report”, a new publication on George Maciunas’ prefabricated modular housing system known as Fluxhouse. As the “father of SoHo”, Maciunas is credited with regentrifying SoHo from a post-industrial dystopia into a vibrant New York neighborhood. His Fluxhouse Cooperatives program, which began in 1967 at 80-82 Wooster Street, was a communal system designed to provide affordable housing and promote the welfare of a collective of artists. Influenced by his research on the nomadic lifestyle of Siberian migrations, Maciunas’ progressive architectural theories and designs bear upon broader cultural issues related to social housing systems facing the world today. The exhibition, organized and produced by Harry Stendhal, opens May 10 and continues through May 26, 2012.