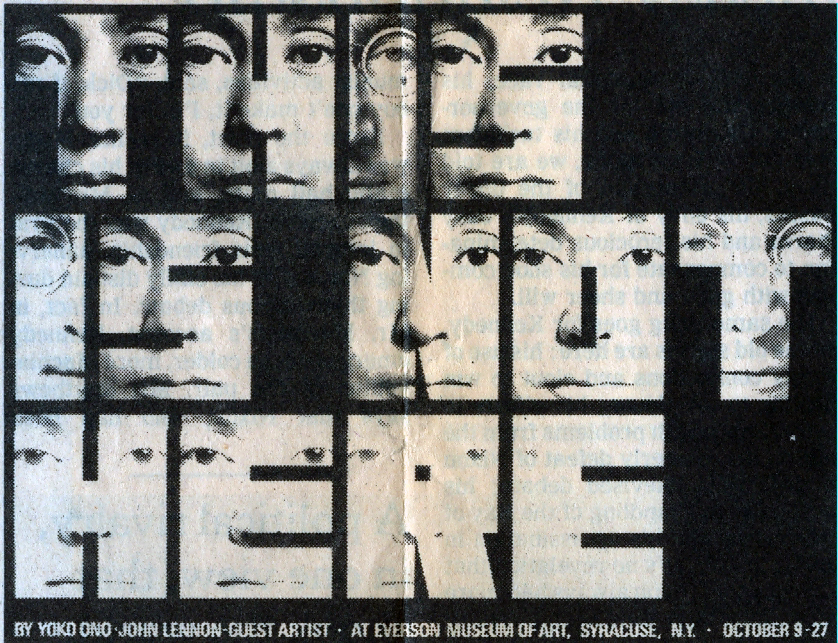 The international art movement called Fluxus was a state of mind more than a style or a set of ideas, but George Maciunas had as solid a claim as anyone to being its architect. He named the movement in 1962, served as its historian, and networked to bring together the “Perpetual Fluxfests” that were its collaborative events.

The lovingly documented show, however, organized with the art historian Barbara Moore, concentrates less on Maciunas’s organizational genius than on his work as a stand-alone artist and covers an exhaustive stretch of personal and historical ground.

It begins, appropriately, with two very different but complementary kinds of work. One is Maciunas’s wall-size, partly tongue-in-cheek geneaology of Fluxus itself. (Its sources ranged from medieval church dramas to vaudeville to Duchamp.)

The show goes on to embrace an archival display of Fluxus publications — magazines, books, broadsides and films — as well as a jumble of bizarre objects, some of them byproducts of performances. All were created to be inexpensively reproduced in accordance with the Fluxian principle that art was something anyone could make and anyone could own.

Despite this democratic stance, Maciunas himself was an artist of finely honed visual skills. They are most evident in the innovative graphic collages that form the core of the show. Using typescript, press type and found images (Maciunas was colorblind, so he restricted himself primarily to black and white), he created dynamic visual statements that read as a mix of deadpan jokes, anarchist manifestoes, alchemy treatises and concrete poetry.

These dense images combined with the wealth of ephemera on view give the show the feel of a packed, room-size vitrine. And among the most interesting pieces is an actual display case arranged by Maciunas toward the end of his life (he died of pancreatic cancer in 1978), filled with memorabilia, from photographs of his parents to invitations to his gallery shows to bits of lingerie that attested to his interest in cross-dressing.

This autobiographical statement offers a welcome grounding to a show otherwise given over to the energetic and sometimes wearying inventiveness that made Fluxus’s fame. It suggests that Maciunas was, indeed, more than a gadfly prankster and that the ultimate interest of his work lies in the personal as well as in the public sphere.