In 1966, a new U.S. Federal Housing Authority subsidy enabled Maciunas to organize a plan to buy abandoned buildings and convert them into artists studios. The chosen neighborhood is now known as SoHo, but was then called “Hell’s Hundred Acres” for its urban decline. Maciunas hoped to realize his dream of creating a true Kolkhoz (collective estate), including a permanent Fluxus theater, FluxShop, Film Co-Op, darkroom and recording studio. In this way, Maciunas started the first artist cooperatives in SoHo. In 1967, Maciunas “illegally” planted a tree in front of 80 Wooster Street, which grows as a marker of SoHo’s history to this day. 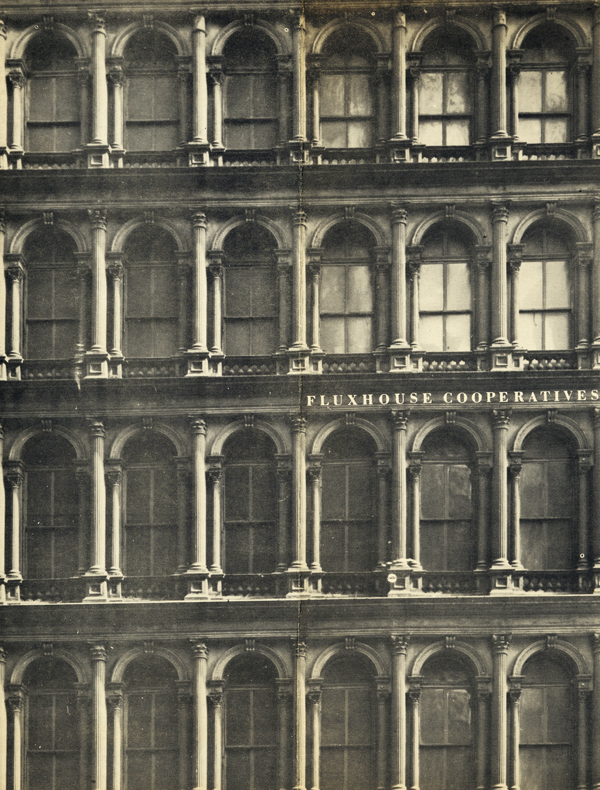 By 1967, Maciunas’ plans for the FluxHouse Cooperative were well underway and much of his time and energy was devoted to realizing them. As the Newsletter indicates, he had artists signed up to take spaces in the various buildings, but still had many bureaucratic details to work out according to the mandates of the Federal Housing Authority. The Newsletter is also a good example of Maciunas’ own bureaucratic methods, organizing people and events through charts, lists, schedules, orders, etc. In 1968, he incorporated the Flux-House Cooperative officially and named himself president. 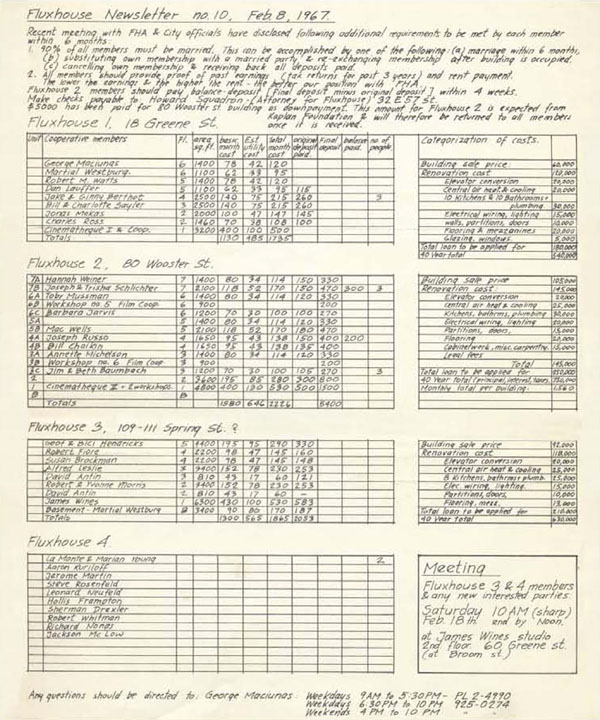