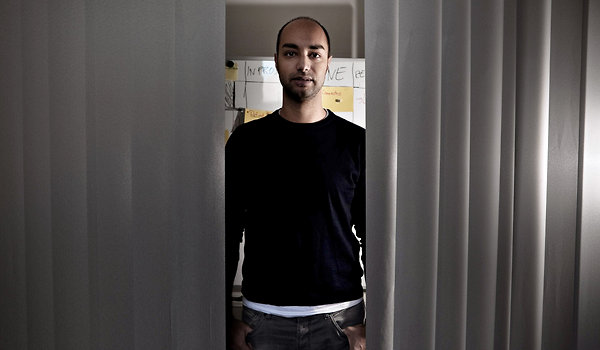 The New England Journal of Medicine marks its 200th anniversary this year with a timeline celebrating the scientific advances first described in its pages: the stethoscope (1816), the use of ether for anesthesia (1846), and disinfecting hands and instruments before surgery (1867), among others.
For centuries, this is how science has operated — through research done in private, then submitted to science and medical journals to be reviewed by peers and published for the benefit of other researchers and the public at large. But to many scientists, the longevity of that process is nothing to celebrate.

The system is hidebound, expensive and elitist, they say. Peer review can take months, journal subscriptions can be prohibitively costly, and a handful of gatekeepers limit the flow of information. It is an ideal system for sharing knowledge, said the quantum physicist Michael Nielsen, only “if you’re stuck with 17th-century technology.”

Dr. Nielsen and other advocates for “open science” say science can accomplish much more, much faster, in an environment of friction-free collaboration over the Internet. And despite a host of obstacles, including the skepticism of many established scientists, their ideas are gaining traction.

Open-access archives and journals like arXiv and the Public Library of Science (PLoS) have sprung up in recent years. GalaxyZoo, a citizen-science site, has classified millions of objects in space, discovering characteristics that have led to a raft of scientific papers.

On the collaborative blog MathOverflow, mathematicians earn reputation points for contributing to solutions; in another math experiment dubbed the Polymath Project, mathematicians commenting on the Fields medalist Timothy Gower’s blog in 2009 found a new proof for a particularly complicated theorem in just six weeks.

And a social networking site called ResearchGate — where scientists can answer one another’s questions, share papers and find collaborators — is rapidly gaining popularity.

Editors of traditional journals say open science sounds good, in theory. In practice, “the scientific community itself is quite conservative,” said Maxine Clarke, executive editor of the commercial journal Nature, who added that the traditional published paper is still viewed as “a unit to award grants or assess jobs and tenure.”

Dr. Nielsen, 38, who left a successful science career to write “Reinventing Discovery: The New Era of Networked Science,” agreed that scientists have been “very inhibited and slow to adopt a lot of online tools.” But he added that open science was coalescing into “a bit of a movement.”

On Thursday, 450 bloggers, journalists, students, scientists, librarians and programmers will converge on North Carolina State University (and thousands more will join in online) for the sixth annual ScienceOnline conference. Science is moving to a collaborative model, said Bora Zivkovic, a chronobiology blogger who is a founder of the conference, “because it works better in the current ecosystem, in the Web-connected world.”

Indeed, he said, scientists who attend the conference should not be seen as competing with one another. “Lindsay Lohan is our competitor,” he continued. “We have to get her off the screen and get science there instead.”

“I want to make science more open. I want to change this,” said Ijad Madisch, 31, the Harvard-trained virologist and computer scientist behind ResearchGate, the social networking site for scientists.

Started in 2008 with few features, it was reshaped with feedback from scientists. Its membership has mushroomed to more than 1.3 million, Dr. Madisch said, and it has attracted several million dollars in venture capital from some of the original investors of Twitter, eBay and Facebook.

A year ago, ResearchGate had 12 employees. Now it has 70 and is hiring. The company, based in Berlin, is modeled after Silicon Valley startups. Lunch, drinks and fruit are free, and every employee owns part of the company.

The Web site is a sort of mash-up of Facebook, Twitter and LinkedIn, with profile pages, comments, groups, job listings, and “like” and “follow” buttons (but without baby photos, cat videos and thinly veiled self-praise). Only scientists are invited to pose and answer questions — a rule that should not be hard to enforce, with discussion threads about topics like polymerase chain reactions that only a scientist could love.

Scientists populate their ResearchGate profiles with their real names, professional details and publications — data that the site uses to suggest connections with other members. Users can create public or private discussion groups, and share papers and lecture materials. ResearchGate is also developing a “reputation score” to reward members for online contributions.

ResearchGate offers a simple yet effective end run around restrictive journal access with its “self-archiving repository.” Since most journals allow scientists to link to their submitted papers on their own Web sites, Dr. Madisch encourages his users to do so on their ResearchGate profiles. In addition to housing 350,000 papers (and counting), the platform provides a way to search 40 million abstracts and papers from other science databases.

In 2011, ResearchGate reports, 1,620,849 connections were made, 12,342 questions answered and 842,179 publications shared. Greg Phelan, chairman of the chemistry department at the State University of New York, Cortland, used it to find new collaborators, get expert advice and read journal articles not available through his small university. Now he spends up to two hours a day, five days a week, on the site.

Dr. Rajiv Gupta, a radiology instructor who supervised Dr. Madisch at Harvard and was one of ResearchGate’s first investors, called it “a great site for serious research and research collaboration,” adding that he hoped it would never be contaminated “with pop culture and chit-chat.”

Dr. Gupta called Dr. Madisch the “quintessential networking guy — if there’s a Bill Clinton of the science world, it would be him.”

Dr. Sönke H. Bartling, a researcher at the German Cancer Research Center who is editing a book on “Science 2.0,” wrote that for scientists to move away from what is currently “a highly integrated and controlled process,” a new system for assessing the value of research is needed. If open access is to be achieved through blogs, what good is it, he asked, “if one does not get reputation and money from them?”

Changing the status quo — opening data, papers, research ideas and partial solutions to anyone and everyone — is still far more idea than reality. As the established journals argue, they provide a critical service that does not come cheap.

“I would love for it to be free,” said Alan Leshner, executive publisher of the journal Science, but “we have to cover the costs.” Those costs hover around $40 million a year to produce his nonprofit flagship journal, with its more than 25 editors and writers, sales and production staff, and offices in North America, Europe and Asia, not to mention print and distribution expenses. (Like other media organizations, Science has responded to the decline in advertising revenue by enhancing its Web offerings, and most of its growth comes from online subscriptions.)

Similarly, Nature employs a large editorial staff to manage the peer-review process and to select and polish “startling and new” papers for publication, said Dr. Clarke, its editor. And it costs money to screen for plagiarism and spot-check data “to make sure they haven’t been manipulated.”

Peer-reviewed open-access journals, like Nature Communications and PLoS One, charge their authors publication fees — $5,000 and $1,350, respectively — to defray their more modest expenses.

The largest journal publisher, Elsevier, whose products include The Lancet, Cell and the subscription-based online archive ScienceDirect, has drawn considerable criticism from open-access advocates and librarians, who are especially incensed by its support for the Research Works Act, introduced in Congress last month, which seeks to protect publishers’ rights by effectively restricting access to research papers and data.

In an Op-Ed article in The New York Times last week, Michael B. Eisen, a molecular biologist at the University of California, Berkeley, and a founder of the Public Library of Science, wrote that if the bill passes, “taxpayers who already paid for the research would have to pay again to read the results.”

In an e-mail interview, Alicia Wise, director of universal access at Elsevier, wrote that “professional curation and preservation of data is, like professional publishing, neither easy nor inexpensive.” And Tom Reller, a spokesman for Elsevier, commented on Dr. Eisen’s blog, “Government mandates that require private-sector information products to be made freely available undermine the industry’s ability to recoup these investments.”

Mr. Zivkovic, the ScienceOnline co-founder and a blog editor for Scientific American, which is owned by Nature, was somewhat sympathetic to the big journals’ plight. “They have shareholders,” he said. “They have to move the ship slowly.”

Still, he added: “Nature is not digging in. They know it’s happening. They’re preparing for it.”

Scott Aaronson, a quantum computing theorist at the Massachusetts Institute of Technology, has refused to conduct peer review for or submit papers to commercial journals. “I got tired of giving free labor,” he said, to “these very rich for-profit companies.”

Dr. Aaronson is also an active member of online science communities like MathOverflow, where he has earned enough reputation points to edit others’ posts. “We’re not talking about new technologies that have to be invented,” he said. “Things are moving in that direction. Journals seem noticeably less important than 10 years ago.”

Dr. Leshner, the publisher of Science, agrees that things are moving. “Will the model of science magazines be the same 10 years from now? I highly doubt it,” he said. “I believe in evolution.

“When a better system comes into being that has quality and trustability, it will happen. That’s how science progresses, by doing scientific experiments. We should be doing that with scientific publishing as well.”

“It’s one of the last areas on the Internet where there really isn’t anything yet that addresses core needs for this group of people,” he said, adding that “trillions” are spent each year on global scientific research. Investors are betting that a successful site catering to scientists could shave at least a sliver off that enormous pie.

Dr. Madisch, of ResearchGate, acknowledged that he might never reach many of the established scientists for whom social networking can seem like a foreign language or a waste of time. But wait, he said, until younger scientists weaned on social media and open-source collaboration start running their own labs.

“If you said years ago, ‘One day you will be on Facebook sharing all your photos and personal information with people,’ they wouldn’t believe you,” he said. “We’re just at the beginning. The change is coming.”